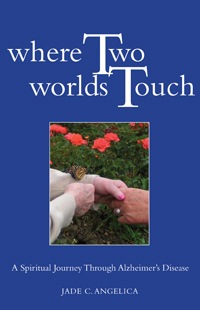 Where Two Worlds Touch
A Spiritual Journey Through Alzheimer's Disease

The Reparations Task Force of the Unitarian Universalist Church in Cherry Hill (UUCCH) wholeheartedly supports the urgent call from their national organization, the Unitarian Universalist Association (UUA), calling for the removal of Donald Trump as President and citing his encouragement of white supremacist groups for the insurrection that took place last week at the US Capitol.

Dr. Mahdi Ibn-Ziyad, co-chair of the task force states that “we are certainly encouraged that (the UUA) correctly sees the Trump inspired insurrection as a dangerous threat to the unity and healing of divisions in our great nation. We also hope that the UUA will engage with other religious groups to welcome the Biden-Harris administration and the new Congress’ work on successfully passing and implementing HR 40, the historic Reparations for African Americans Act that has long sought passage”.

“The ease with which vigilantes scaled the Capitol steps and gained access to the building in order to sow chaos and fear among members of Congress was only possible because of the innate racism of the security forces and those who stood and watched in awe,” added Rohn Hein, co-chair of the Reparations Task Force.

UUCCH has made a commitment to an 8th Principle of Unitarian Universalism, working to accountably dismantle racism and other oppressions in ourselves and our institutions. The task force points out that the events of January 6 were a product of an effort to manipulate the election. These efforts were a targeted attack, rooted in our country’s long practice of voter suppression and denying citizenship rights to people of color.

Rev. Dr. Margret A. O’Neall said, “Dismantling systemic racism is an absolute priority for our nation in these times.  Anti-racism begins in every heart and mind, as white citizens collaborate with our Black neighbors as allies, following the lead of those who directly experience oppression.  Leadership begins at the top, and so Donald Trump must be removed from office so that our nation may begin to heal and move forward.”

The Unitarian Universalist Church in Cherry Hill was founded in 1956. It aims to be a beacon of liberal religion in southern New Jersey by being an engaged spiritual community of adults, youth, and children. We gather for fellowship, intellectual challenge and growth, affirmation and celebration of shared values, and service to humanity.

“Working to dismantle racism and other oppressions in ourselves and in our institutions.”