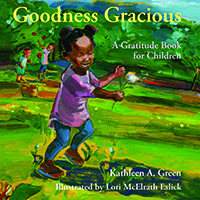 The Unitarian Universalist Church in Cherry Hill, NJ (UUCCH) Board of Trustees has endorsed bills in the NJ legislature that call for the creation of a commission to study reparations to Black Americans and to make recommendations for action.

In conjunction with this action, the church’s Committee on Racial and Economic Equality (CREE) will hold a virtual Zoom public event on Wednesday, October 14, 2020 at 7:00 p.m. with significant supporters of reparations. The panel will include Rev. Dr. Charles Boyer, pastor at
Woodbury’s Bethel African Methodist Episcopal Church and director of Salvation and Social Justice, a statewide coalition of black churches.
Connie Roggio, President of the UUCCH Board of Trustees states that “The Board of Trustees of UUCCH unanimously endorses our Committee on Racial and Economic Equality (CREE) and its decision to sponsor the forum on October 12, 2020. Every Unitarian Universalist promotes the inherent worth and dignity of every person. Our church has also pledged to actively destroy the systematic racism that pervades our country. This forum is one way to bring these principles into action and, hopefully, help others join us in our quest to live in a land of true equality”.

The other speakers include Loretta Winters, President of the Gloucester County NAACP; Barbara Weinstein, Associate Director of the Religious Action Center of Reform Judaism; and Assemblyman William Spearman of the5th legislative District who is a co-sponsor of the legislation.

Mahdi Ibn-Zahid, co-chair of the UUCCH Reparations Task Force added, “As a community of faith we are heartened that the NJ Legislative Black Caucus has taken the lead in proposing reparations as a major effort in solving the historical and on-going racial wealth  disparities in the Garden State.”
Rev. Margret A. O’Neall, who will moderate the event said, “Now is the time for action to right ancient injustices. Faith communities with a predominantly white membership must take an active role to support reparations for the generational harms caused by New Jersey’s role in
America’s institution of slavery and its legacy of systemic racial discrimination.”

The public can participate by registering at: https://tinyurl.com/uucchreparations